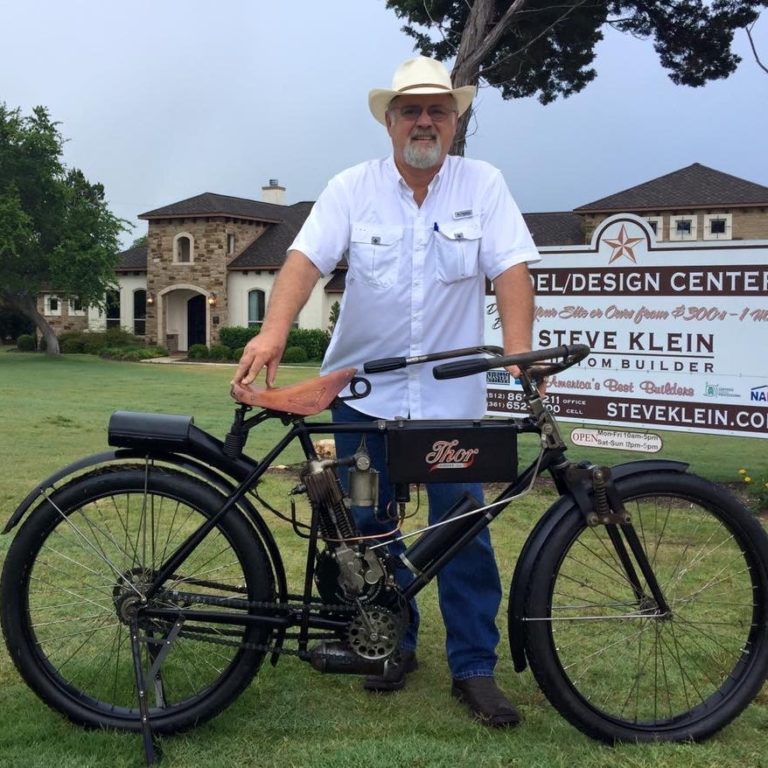 Steve Klein gained interest in Strider Bikes when he became a grandparent in early 2018. Today Klein has two grandbabies that ride Striders and is excited that a third grandchild is on the way. Steve has started, owned, and successfully grown five companies in the last 30 years in Residential Development, Design, and Custom Building, where he still serves as Chief Excellence Officer. He has received national awards, been a keynote speaker at national conventions, consulted, and been a contributing writer in the construction industry.

Steve has dated his wife Joan for 42 years and they have two married daughters. Steve and Joan were early All Kids Bike Kindergarten PE Program donors in Texas. He is a well-known conservator and preservationist in the vintage motorcycle sport, collecting & riding his 100+-year-old motorcycles. Steve is also an avid extreme long-range shootist.