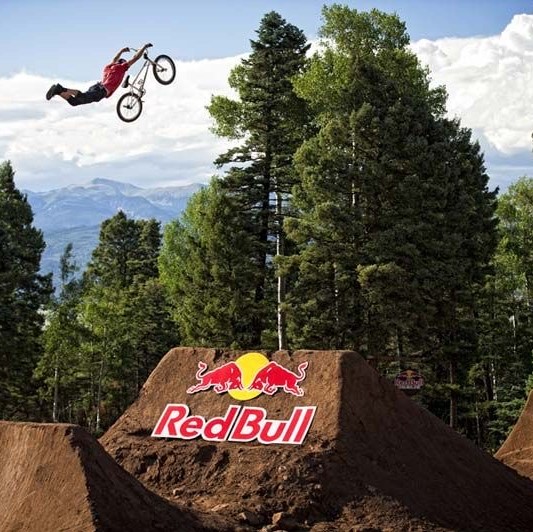 Mike ‘Hucker’ Clark is one of those BMX riders with a glaringly obvious natural talent. A pro BMX dirt rider, Mike is also partial to a bit of surfing, skateboarding, snowboarding, and even motocross when the mood takes him. Hailing from Fountain Valley, an area in close proximity to the Sheep Hills and trails of Orange County (Southern California), Hucker is a SoCal soul through and through, with his flowing surf style clearly identifiable in his riding technique.

Hucker has been riding since the late ’90s, when he got his first GT. His natural flair on a bike meant that he  picked up a number of sponsors in his teens, and in 2010 really came to the fore when he picked up the third spot at Red Bull Stomping Ground in Chicago. Another third place at Red Bull Dream Line in 2011 and a very respectable sixth place on the Dew Tour soon followed, with Hucker’s reputation as a “must-see”rider steadily growing. In 2012, Hucker joined the Red Bull Rider Tour. He has since earned a fourth place at the popular Red Bull Empire of Dirt in London, a second place podium finish at the Vans Kill the Line competition in France, as well as a NORA Cup Award. You can chart Hucker’s progress in the long-running Raditudes series from Red Bull TV.