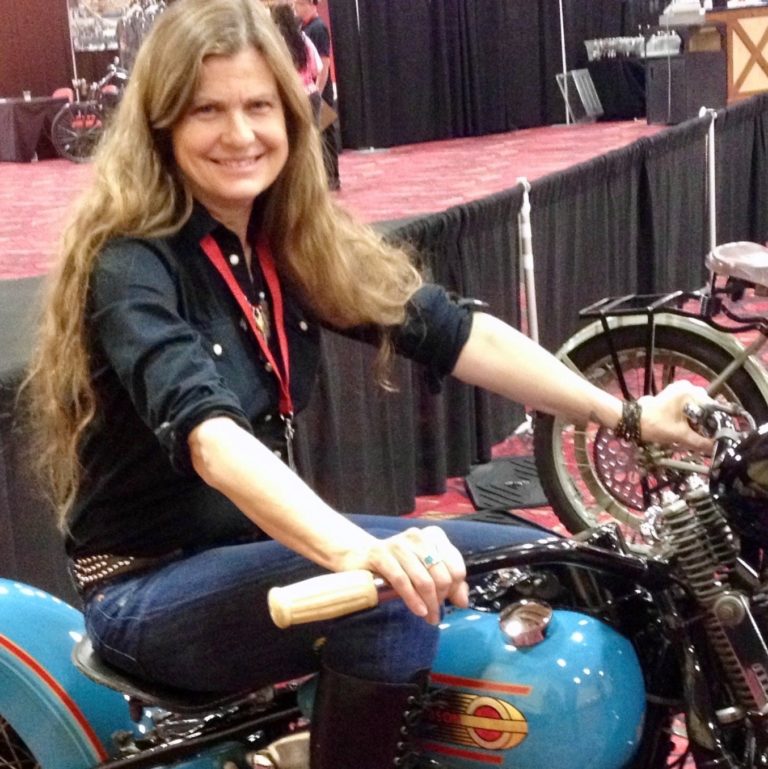 Cris has enjoyed a lifetime love affair with two wheels. An eager passenger on her stepfather’s motorcycle at age 9, she got her first motorcycle at 14, her first Harley at age 19, and has been riding ever since. She was a longtime member of the Women’s International Motorcycle Association and, in 1984, co-founded the 2nd Chapter of Women in the Wind. In 1985 Cris co-founded the world’s first motorcycle magazine for women called Harley Women. For over five years, she acted as co-publisher and editor, often riding her motorcycle across the country to find the stories. On one such ride in 1989, she met her husband-to-be, rocker and fellow motorcycle enthusiast, Doobie Brother Patrick Simmons, at the Sturgis Rally.

For several years starting in the late 80’s Cris appeared in countless national newspaper articles, radio and television talk shows as a representative and advocate of the growing number of women who rode their own motorcycles. In 1988, she was awarded an Honorary Lifetime membership to Women in The Wind. Cris is a Lifetime AMA member, a Lifetime HOG member as well as a Motor Maid and a member of the Antique Motorcycle Club of America. In 1990, she was honored as a pioneering woman motorcyclist in the American Motorcycle Associations’ Women In Motorcycling exhibit. In 2017 she was appointed to the Board of Directors for the AMA Hall of Fame American Motorcycle Heritage Foundation.

After selling her interest in Harley Women, Cris began a 15-year stint as a freelance motorcycle journalist, writing extensively for several magazines in the U.S., including American Iron, Motorcycle Collector, Iron Works, Easyriders, V-Twin, as well as magazines in Japan, Spain, and Australia. Cris penned her column for over 12 years in the popular Japanese Harley magazine Hot Bike Japan and is currently the women’s editor for American Iron magazine. She is also a sought-after speaker about women in motorcycling at events around the country