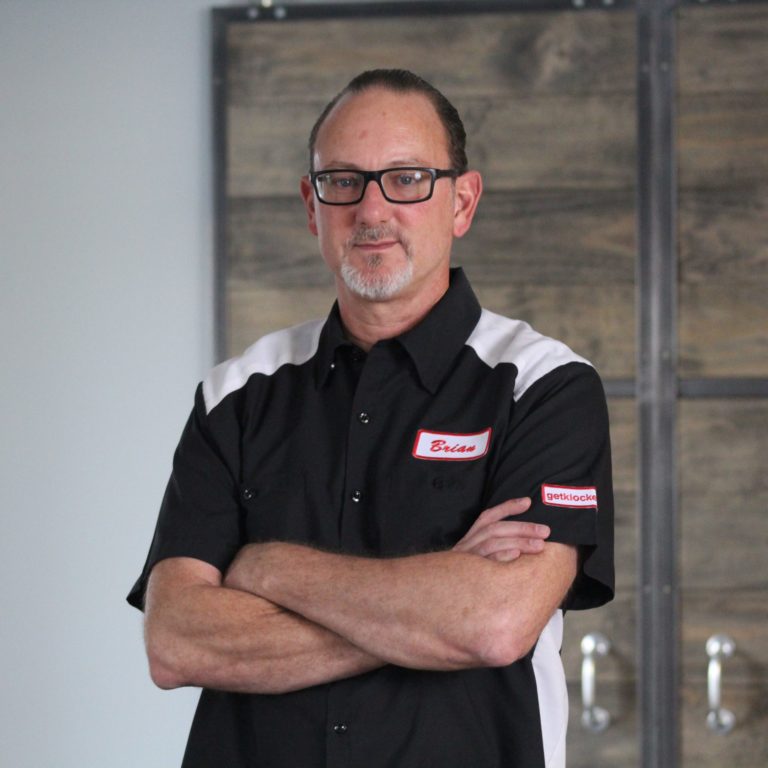 Brian Klock grew up in Emery, South Dakota, a small rural community of 389 people. He was influenced at an early age by his father’s love of cars and motorcycles, and he spent most of his free time studying, driving, or dreaming of building custom bikes and hot rods. In 1976, at age ten, Brian took his first trip to Sturgis, SD, with his father.

Achieving national, award-winning status with a purple FXR motorcycle he built in 1990, Brian has not stopped lending his artistic eye and creativity to building customs motorcycles and cars since. The same year, during the Sturgis rally, Willie G. Davidson of Harley-Davidson looked at the FXR Brian built saying that Brian, “Might have a future in this business.”
In 1997 Brian plunged into entrepreneurship and opened the first Klock Werks location in his mentor John Patton’s garage in nearby Mitchell, SD. In 2006 Klock Werks built a “bagger” motorcycle for the Discovery Channel Biker Build-Off television show. After winning the Build-Off, the bike set a Land Speed Record in its class at the Bonneville Salt Flats and quickly became the “World’s Fastest Bagger.” You can see the team’s influence in today’s performance bagger motorcycles – carbon fiber, performance motors, aerodynamic windshields, and performance exhaust were all part of that build – more than ten years ago.

Brian and his team continue to be recognized for their designs, creativity, and an ever-growing line of custom parts. In 2016 Klock Werks partnered with Jack Daniel’s and Indian Motorcycles to design a series of Limited-Edition Motorcycles promoting 150 Years of Distilling at Jack Daniel’s and to bolster their “Bottles and Throttles Don’t Mix” campaign.

Brian was inducted into the Sturgis Motorcycle Hall of Fame in 2012 and has received numerous state and local awards for his work in the community of Mitchell and the state of South Dakota.
Brian is considered one of the motorcycle industry’s most diverse and award-winning builders and is often referred to as the “Godfather of Kustom Baggers.” Brian credits his diversity to serving a small population with varied tastes and a need to customize anything that came through the doors in the early years of Klock Werks. Today Klock Werks designs and builds motorcycles and parts from a 7,000 square-foot facility in the heart of Mitchell, South Dakota and has 14 employees. Brian will be quick to tell you, as it relates to honors… “It takes a team to win the Super Bowl.”