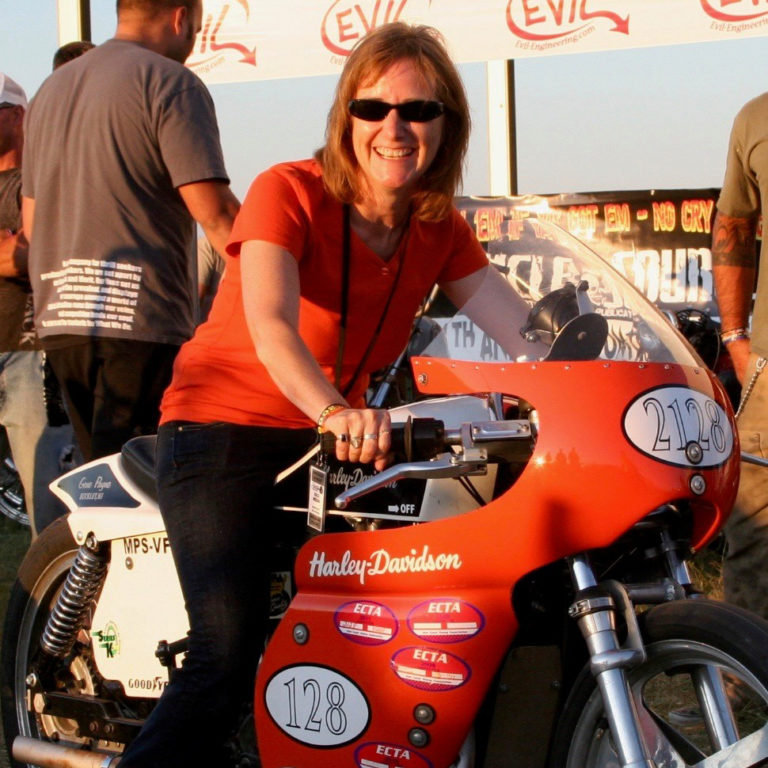 Marilyn Stemp has been a welcome and trusted voice in the motorcycle industry since her early days of co-publishing IronWorks magazine with her late husband Dennis Stemp.  Marilyn devoted her time to telling passionate stories of interesting people living and loving life on two wheels, and she knows how most of these interesting people got into motorcycling.  The stories, more often than not, start with a bicycle at an early age.

Committed and dedicated, Marilyn continued operating IronWorks for 14 years after the passing of her husband.  She found herself juggling her publishing career and being a single mom, and she never missed a beat at either role. 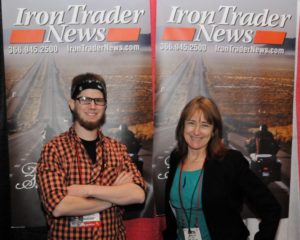 Those years provided Marilyn opportunities that expanded her worldview and informed her choices, usually in unpredictable ways. Had a woman been editor of a nationally-circulated, mainstream motorcycle magazine before?  How many cupcakes does the third grade need tomorrow?  It was these daily challenges that forced Marilyn off the pillion, so to speak, and confronting each new challenge she faced with grace and dignity.  After the publishing company Marilyn was working with closed IronWorks Magazine, Marilyn re-launched Iron Trader News online. (That had been the first title she published under in 1988 with Dennis.) To stay relevant, Marilyn did pro-bono and volunteer work in the motorcycle industry, took freelance jobs both consumer and dealer oriented, accepted consulting and special projects, photography, editing, newsletters, books – whatever it took – Marilyn was there working tirelessly at it. That’s what you do when you dedicate your life to telling stories of interesting people, places and of course interesting custom motorcycles. 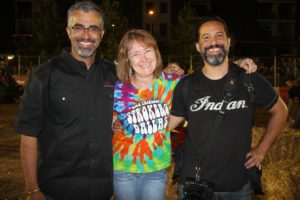 Marilyn is currently the editor of the Sturgis Rider Daily, a newspaper published during the Sturgis Rally for the Sturgis Buffalo Chip, Marilyn also finds time to edit the monthly Kiwi Indian E-news and devote time to special interest projects such as the Harley-Davidson-sanctioned history of their Custom Vehicle Operations titled Harley-Davidson CVO published by Motorbooks International/Quatro Publishing, and she also edited Gloria, A Lifetime Motorcyclist by Gloria Tramontin Struck for Wolfgang Publishing.  “It’s a splendid gift to work in an industry that’s endlessly innovative while holding tight to its traditions. Better yet, motorcycling is populated by such authentic people. Over time, many of them have become for me not simply business associates or acquaintances, but essential friends and family”.  Helping guide the next generation of riders is something Marilyn is excited about.  The passion for riding a motorcycle mostly comes from that freedom felt as a child learning to ride a bike, it’s a story that has, and continues to resonate with Marilyn.

“I’m delighted to be an  All Kids Bike National Ambassador. It’s easy to get behind a program with so many positives: for motorcycling, for families, for the health and well-being of not only children but people everywhere.”